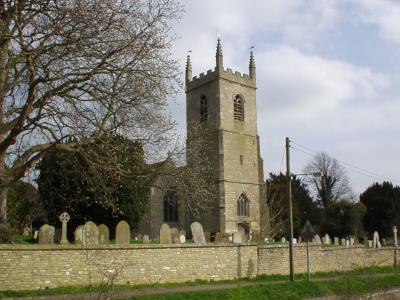 A very healthy 18 ringers from seven towers came to the first Branch Practice of 2020 at Islip on the 7th January, including two new recruits from Charlton, who got a number of goes at handling practice.

In charge were Richard and Jeremy our Ringing Masters, who were keen to get all eight bells going as much as possible, so we started with Plain Hunt on seven with Mandy, Andrew and Gerald from Weston and Chris and Jane from Bicester.

From there we rang a number of rounds and call changes on eight for our less experienced ringers, then a number of plain courses of Grandsire Doubles, with Judith inside and Sue covering. Gerald and Andrew had turns at ringing the 2 to these

After more rounds and call changes, we rang a touch of Grandsire Doubles, again with Judith inside and Sue covering, Faye, Jeremy and Teresa supporting.

More rounds and call changes followed, with a couple of plain courses of Plain Hunt on five, then a plain course of Plain Bob Minor for our helpers and Sue trebling, assisted by Judith.

A full practice again, with very encouraging numbers.  Hope to see lots of you at the next Branch Practice at Bicester on 21st January.