Twelve ringers turned up at Caversfield to find no light in the tower, apparently the electrics have been condemned! Before we rang up it became clear that there was something very wrong with the 2nd, Jeremy investigated to find that a bolt had fallen out of the stay preventing the bell from swinging.

At this point we decided to decamp to Stratton Audley (there was some speculation that Jeremy had deliberately removed the bolt in order to get a few more ringers than normal at a Stratton Audley practice! )

Everyone had a good ring, the general consensus being that the bells weren’t as bad as some of us remembered probably due to the new ringing floor. Methods rung were Plain Hunt, Plain Bob, Grandsire, Stedman, Reverse Canterbury, St Simon’s and St Martin’s.  It was a warm evening and the bells were quite hard work but it was generally agreed that it was an enjoyable if eventful practice. 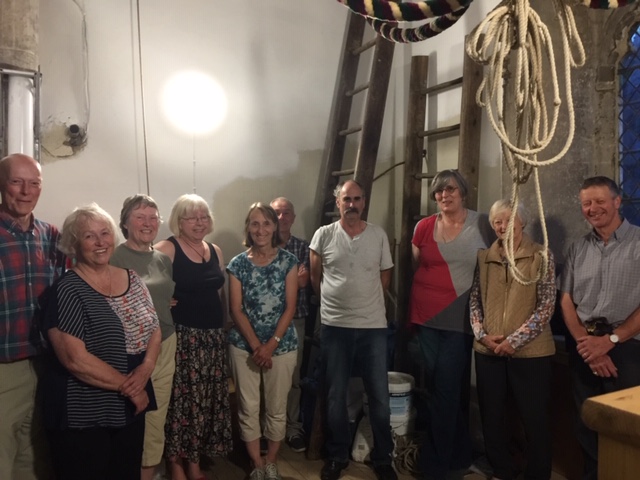