A good turnout for Wednesday’s branch practice on a golden evening in the Middleton Stoney Park.

Although we missed the Vickars (enjoying their holiday in Dubrovnik!) Steve Cameron jetted in from Japan to join us and Kathryn returned from the US!

13 ringers (Teresa, Anne, Jean, Richard, Jan, Gareth, Eric, Hilary, Rosemary, Jan, and Linda) from 6 towers came so we were able to practice a variety of methods including Grandsire and Plain Bob and an attempt at a touch of Plain Bob Minor.

Middleton’s bells are a bit challenging but they sounded lovely enough to call two visitors who came to see what we were doing and stayed to listen.

Five ringers from four towers came to tonight’s Branch Practice at Piddington, where we were met by Morwen, one of the Piddington ringers, who helped us ring up, but wanted the visitors to demonstrate their prowess.

For variety, we then rang a touch of Reverse Canterbury Doubles, Anne unaffected, before a final successful touch of Grandsire and ringing down, with Morwen on 2.

At a showery evening showery four ringers at a time gathered for the April Branch Practice at Stratton Audley. Perhaps it was the combination of inclement weather, a much publicised UEFA Champions League Quarter Final match, or the challenging bells at Stratton Audley (not so challenging as some might have you believe), that numbers were low.

The first shift included our Ringing and Deputy Ringing Masters, Ann Martin and Alison from Stratton Audley, ringing Plain Hunt for Alison. I joined the group just before Alison went home. We then proved that even four can have fun at methods by firstly ringing a few plain courses of Plain Bob Minimus and then Stedman on four (Treble hunting up, making 6 blows behind, down to lead again; the other three bells do the front work, followed by 6 blows behind), with everyone having at least one turn on a working bell.

Good luck to Ann and Ellie who will be going on the Radley course Saturday 7th to do Plain Bob Minor.

Our next event is the Branch Outing on 21st April, starting at 10am at Drayton. Hope to see you then! 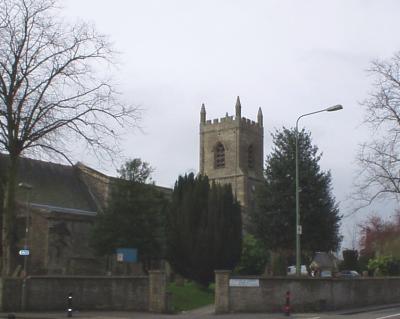 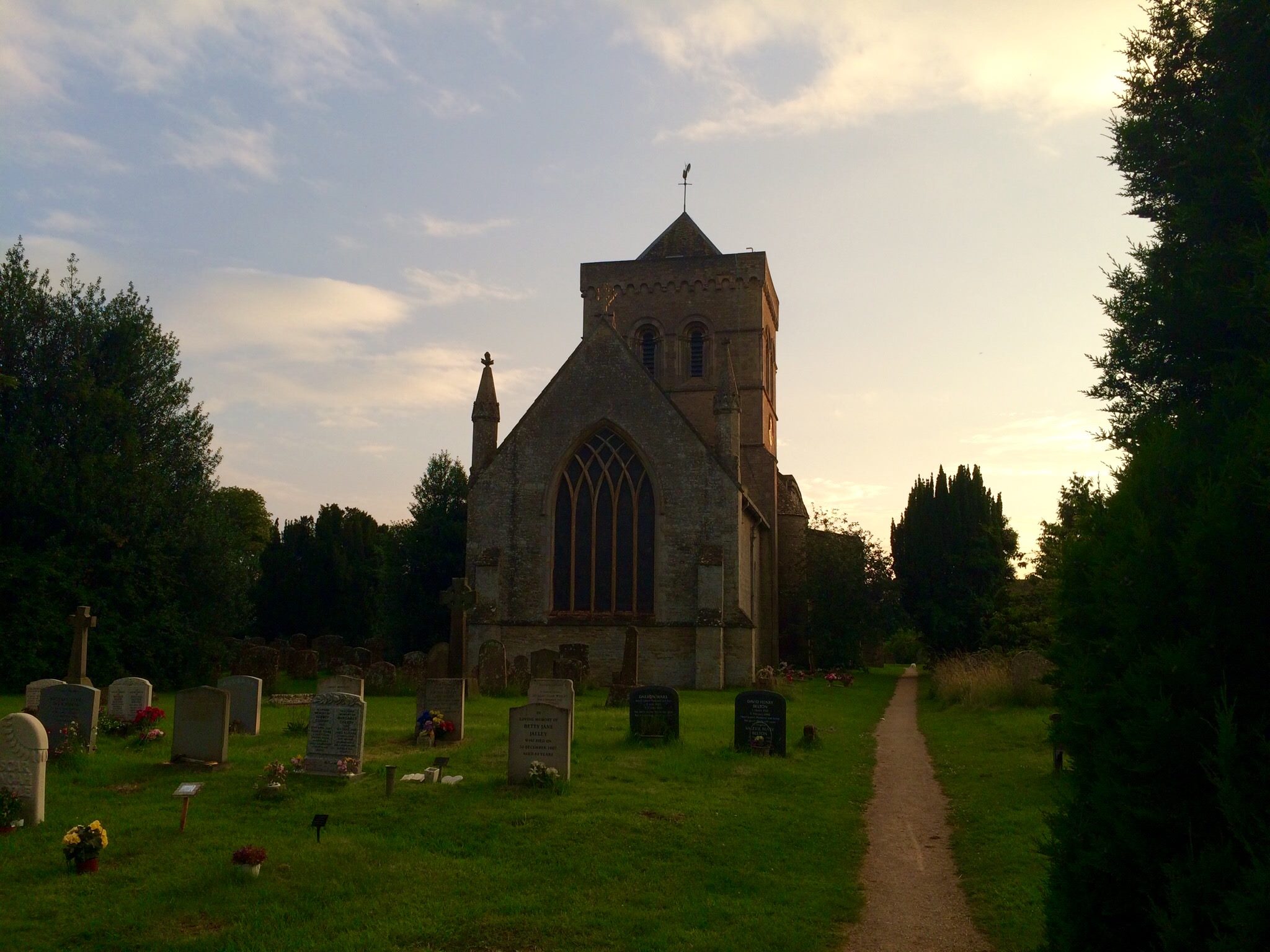 A more select seven came to Monday’s Branch Practice, including Helen, who had practice time beforehand and got a reasonable amount of rope time during the group session. Helen’s later turns on rounds with a team of 4 were definitely showing improved control.
Derek from Kidlington also came and had a good amount of practice, led by Jeremy and Richard.
We continued with Plain Bob Doubles for Judith and Sue, fresh from their Quarter Peal on Sunday, Derek covering on tenor. We also rang a few plain courses of Grandsire doubles before trying out Cloister Doubles, which went quite well.

We also had Derek ringing call changes with named pairs to swap, to build awareness of which bell to follow, before we rang down in Peal.

Despite (or perhaps because) it being St Nicholas Day, 11 ringers from six towers turned out for the last Branch Practice (excepting the final Xmas practice) of 2017 at Charlton on Otmoor last night. Amongst us were “el Presidente” Willie  Haynes – recovering from a recent cataract operation, Jeremy and Kathryn as well as Roy, visting Bicester from Washington DC for a few weeks.

After ringing up we had a few courses of Plain Hunt, followed by plain courses of Grandsire Doubles, striking improving as courses progressed, with Ally and Gareth inside, Roy trebling with guidance from Jeremy.

Our numbers and capability were increased by the arrival of Richard and Jan from Ludgershall, which meant we could ring some more challenging things.

At Kathryn’s request, we next turned to plain courses of Stedman doubles, including the correspondent’s first attempt at ringing it on 4, helped by Willie. Not a disaster.

We then range a few plain courses of Grandsire again, before ringing a reasonably struck touch of Grandsire, featuring three bobs and six singles, called by Richard.

Finally, after ringing down in peal a number of the team retired to the Crown opposite.

Hope to see lots of you at the final Branch event of the year at Kirtlington on the 18th, where we will ring in a shortened practice, followed by apres-bell (but in which handbells may feature) at Caroline’s house nearby.

If not, have a very merry Christmans and a happy New Year.

After ringing up we warmed up with some plain courses of Grandsire doubles– Ernie could not be tempted to try a different bell from 3, but will try 4 or 5 next week.

We then rang a number of plain courses of Plain Bob doubles with Judith on 2, improving each time.

Next we rang an acceptably struck 120-change touch of Grandsire doubles, called by Jeremy (5), with Ann 4, Steve 3, Kathryn 2, Sue on treble.

For something slightly different the team attempted a 60-change touch (PBPBPB) of Plain Bob doubles, Anne on 4 making bob and Long 5ths. We had to abort the first attempt due to a bob called at the wrong point. The 2nd attempt went much better.

Next practice is on 20th November at Bicester. Hope to see lots of you there.

Ron Burgess​ also came with Derek, who started ringing only 7 weeks ago and is now ringing rounds and call changes with teams of six and eight. We also included Derek in a reducing rounds exercise, which practices standing at hand stroke as well as pulling off ahead of heavier bells when building back up to full rounds.

We rang for our first method Plain Bob doubles plain courses, Sue on 3, Judith on tenor, both nicely rung.

Richard called a number of mini- touches of Plain Bob Minor (3 consecutive bobs), in which the lightest 3 just rang Plain Hunt on 6, while the heaviest rang alternate 5/6 down, 5/6 up and made bob. Judith and Sue alternated on treble, Ellie ringing 3.

As Ellie ​ will be ringing her first quarter this weekend, we rang a touch of Bob Doubles, Ellie on 3, Judith on tenor.

We were then encouraged to ring Plain hunt on 7, then on 8, albeit a bit crunchy, then for Stu ​ we rang Little Bob Minor, Judith trebling.

Finally, a ‘boy-band’ of Willie, Jeremy, Ron, Richard, Steve and Stu rang a plain course of Bob Minor on the back 6 before we rang all 8 down in Peal.

All in all a great practice with something for everyone. Best of luck to Ellie in her Quarter on Sunday.

Well done and thanks to all for attending. Hopefully see lots of you at this month’s special practice on 17th October at Islip.

The ringing chamber is an intimate space, accessed by a steep flight of metal steps, made just that little bit more exciting by the rain.
Nevertheless spirits were lifted by some good striking of plain courses of Grandsire and Plain Bob Doubles, a set of call changes and a touch of Grandsire Doubles called by Jan.

After some more plain courses of Grandsire the team had a reasonable go at a plain course of Plain Bob Minor, James Carter trebling and to conclude the evening, a few attempts at plain courses of Stedman Doubles, with at least one course successfully negotiated, before ringing down in Peal.

This month’s special practice is at Bletchingdon on 20th September. Hope to see lots of you there.

Despite trepidation from some, we did manage to ring the bells fairly well once folk got used to the ring springy ropes. We started with a touch Grandsire Doubles and then rang plain hunt on 5. Next was a touch of Plain Bob Doubles followed by more plain hunt. Bill managed a touch of Grandsire Doubles later in the evening and we finished with two (rather well struck) plain courses of Reverse Canterbury before ringing down and heading to the pub. During the evening there was a discussion about the possibility of one person ringing two bells (not sure who brought that up, but Jeremy declined so I stepped up and showed that it was possible, and thus there wasn’t anything wrong with the bells). A video will be posted if Debbs can get it to me!

The next branch event is the Branch Outing on Sat 22nd April. Do please come along if you can – promises to be a good day of ringing in the Witney & Woodstock branch – see Branch Outing details for details, and please let Jeremy know if you are coming so he can book a place for your lunch.