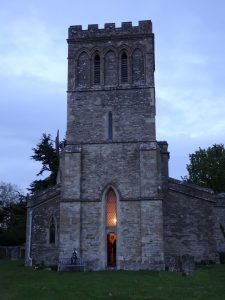 Thirteen ringers from seven towers and two branches attended last night’s Branch Practice at Middleton Stoney, including our joint ringing masters Jeremy and Richard and a welcome guest appearance from Charles and Joyce from Milton, Abingdon.

Local tower ringers Jen, Jane, Hilary, Rosemarie and Eric were also well represented and got several courses of Plain Hunt, Grandsire and Plain Bob Doubles supported by the other ringers.  Jean also managed a couple of touches of Grandsire Doubles with Jeremy helping. Anne rang in a plain course of Stedman, a touch of Bob Minor and trebled to a plain course of St Clements Minor.

The weather was actually better than earlier forecast, so an opportunity was taken to take a few scenic shots – see below.

The next practice is a Special Practice at Bicester with Little Bob Minor and Grandsire Triples on the menu. Hope to see you there!